“And pilgrimage to the House is a duty unto God for mankind, for him who can find the way thither” (3:97).

Hajj comprises of the following series of steps, none of the steps can be missed else the hajj won’t stand valid.

The STATE OF IHRAM

Adorning of ihram is the most basic obligation during the performance of Hajj. Men must put on two pieces of white, seamless cloth which is to be wrapped around the upper and lower body. Women must cover their bodies and hair while they are not allowed to cover their faces.

Ihram restricts to not cut their hair, clip nails, wear perfume or have sexual relations. The sole purpose of ihram is to show equality of all pilgrims in front of God. This is one of the points from Travel to Hajj.

Pilgrims reside in Arafat until after sunset. The 9th of Dhul-Hajj is the Day of Arafat. Hajj is not valid without the day of Arafat; any pilgrim who fails to attend this day, his Hajj is not accepted as legitimate.

Pilgrims must visit Muzdalifah, where they spend the night out in the open and gather small pebbles, to be used during Ramy al-Jamarat.

After the Fajr prayers on the 10th of Dhul Hajj, pilgrims leave Muzdalifah and proceed to Mina and use the collected pebbles to stone the three pillars symbolic for shetan.

The men are now required to shave their head while the women only cut a lock of their hair.

The pilgrims have to sacrifice an animal in the name of Allah and distribute the meat among the deserving and less privileged.

Pilgrims perform the Tawaf and Sa’y after traveling back to Makkah and later return to Mina to repent and pray and later on the stone the pillars of Satan until the 12th of Dhul Hajj.

Finally, the Hajj comes to an end where the pilgrims travel back to the Masjid al-Haram to perform tawaf e wida.

After performing the rituals and fulfilling the obligations of Hajj, the pilgrims are considered to be as pure from the worldly sins as a newborn baby. 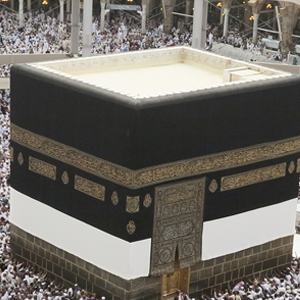