The above-stated words were quoted by Mohammad (P.B.U.H). It lays emphasis on the importance of Hajj. If the hajj performed is accepted by Allah, that person will surely enter paradise. Paradise, a place where every Muslim desire to be a part of in the life hereafter.

Why is Hajj a pillar of Islam?

Hajj is the final and fifth pillar of Islam, and it is recommended that if a Muslim is wealthy and healthy enough to perform, he must perform it at least once in his life.

The reward for planning and performing hajj is so great that it is recommended for at least once in a lifetime. 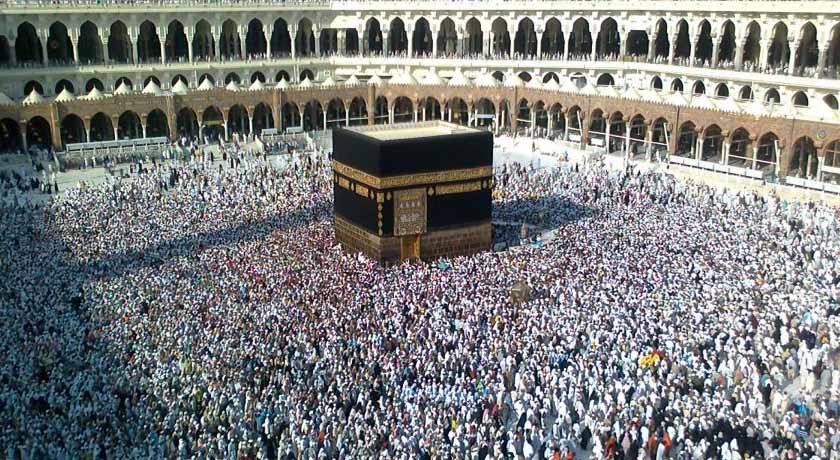 About an accepted hajj, Holy prophet said: ” An accepted Hajj is the one where food is given and good conversation is made”. This means that when someone opts for Hajj, he must abide himself into worshipping Allah and forget all the worldly affairs. He must talk good to every person he meets during hajj, like talking about Islam and spreading the knowledge of what he knows about Islam. He must tell others what is good for them and what is not, within the bindings of Islamic teachings.

Moreover, another sign-in which Hajj can be believed as accepted in the way of Allah is letting go the acts of disobedience and have any intention of not doing those sins which one was indulged in the past.

The love for Allah (S.W.T) and the messengers’ increases and he, with a pure heart and devotion, opt a life which would be lucrative for him in the hereafter. Therefore, one must fill himself with good deeds and the motivation to do good in the remaining life.

Why do we perform Hajj?

In addition to this, in order for Hajj to be accepted by Allah, one must perform it with simplicity and kindness. It should be free from quarrels and must not hurt anyone physically or emotionally. A Haji (the one who performs Hajj) must refrain himself from all sorts of sins and must not show off his belongings while performing Hajj.

Furthermore, Hajj would be accepted by Allah if Haji has not hurt anyone from his friend’s circle, family or acquaintances, for which he should have asked for forgiveness from the victim of that shameful act. It is very essential to ask for forgiveness from the people around before going to Hajj. This would allow a person to remain as pure as he can when he departs his house for performing Hajj.

To enter paradise, one must clear his heart of the bad his Muslim brother has caused him. They must forgive each other and must search for a solution.

The Messenger of Allah (blessings and peace of Allah be upon him) said: “It is not permissible for a Muslim to shun a fellow Muslim for more than three days, for they are both in the wrong so long as they are shunning one another. Whichever of them is the first one to (take the initiative and) seek reconciliation, his taking the initiative will be an expiation for him. If he greets him first and the other one does not accept (his initiative) and respond to his greeting, the angels will respond to him and the Shaytaan will respond to the other one. And if they die without resolving their dispute, neither of them will ever enter Paradise.”

Hajj would be accepted only and only when one gets pure from all of his sins, whether asking forgiveness from Allah or the victim of a hurtful act. This will allow a person to focus on Hajj completely and his main concern of Hajj will switch to pleasing Allah and having a pure intention of earning a respect in the eyes of Allah for a lifetime.

How Many Tawaf Are There in Hajj?