When Muslim plans to perform Islamic rituals like Umrah and Hajj, it is also obligatory to follow rules that come with such rituals. Pilgrims all around the world head to the Holy city of Mecca to take part in Holy pilgrimage. However, to perform Umrah or Hajj, a Muslim individual has to enter into a state of Ihram. 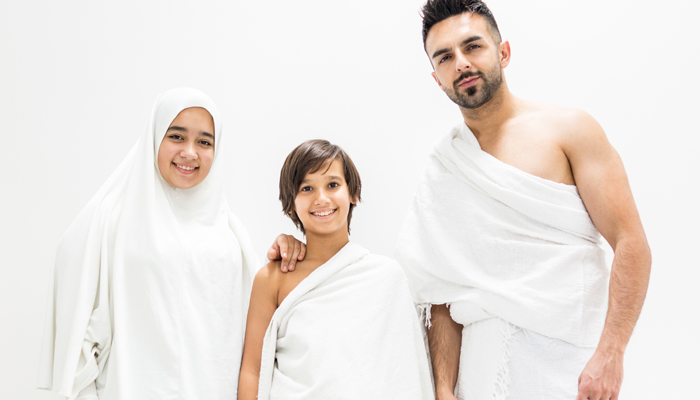 Ihram is a sacred set of codes where a Muslim being has to perform certain rituals along with the special clothing to be worn. Without this, no Holy pilgrimage can be performed. For Muslim men, Ihram is two plain sheets of white cloth wrapped around the body while leaving some parts of men’s body uncovered. Whereas for Muslim women Ihram is a complete covering of the body with only face and hands revealed.

In some cases, if this is unavailable, it is allowed for women to wear any regular clothes perhaps properly covering their whole body except for hands and face. While entering in this state it is important to wear neat and tidy clothes. Obligatory Niyyat to enter into this state

Upon entering in this the state, an individual has to take shower (ghusl) and perform wuzu (ablution) for purification of the body. Followed by the niyyat (intention) of entering into the Ihram while recitation of talbiyya “lab-bay-ka Allahumma lab-bay-ka; lab-bay-ka la sharika laka lab-bay-ka” once. If in some cases, water is not available then it is permissible to omit shower and just perform ablution to continue Hajj or Umrah rituals.

After the niyyat is done, it is also recommended to pray two Rakats (Salah) to finally step into the pure state of Ihram.

“O you who believe! Fulfil (your) obligations. Lawful to you (for food) are all the beasts of cattle except that which will be announced to you (herein), game (also) being unlawful when you assume Ihram for Hajj or ‘Umrah (pilgrimage). Verily, Allah commands that which He wills.”

For every individual pilgrim, it is obligatory to wear ihram before passing the Miqat. Al-Bukhari states that Prophet Mohammed (PBUH) said: “one shouldn’t pass the Miqat unless he/she is in the state of Ihram.” (Al-Bukhari) Forbidden acts in this state

Lastly, there are some acts which are strictly forbidden while a Muslim individual is in the state of Ihram; using perfume (attar), wearing makeup, for men- wearing shoes or socks, indulging in sexual intercourse, clipping nails, cutting hair etc.

Hajj is the ultimate opportunity given to chosen ones by Allah. It’s the journey that every believer wants to acquire in his lifetime. Being an official dress code of Hajj, it holds a significance of its own. May Allah give us the opportunity to rightly follow the rules and rituals of Islam and perform pilgrimage in the correct state of Ihram. 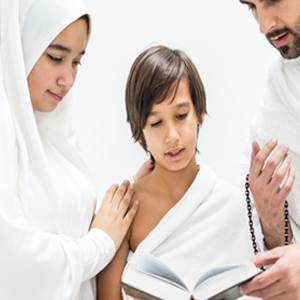