Kaaba is the most sacred place for Muslims. It is the house of Allah. Kaaba has other names as well such as Bait-al-Atiq, the Ancient House and Bait-al-Haram, The Sacred House. The Holy Kaaba is cubical in shape. It measures fifteen meters in height while on the sides it is ten and a half meters each side. Kaaba is covered with a large black cloth made of silk. It has verses of the Holy Quran embroidered on it with gold. This cloth is called kiswa. The cloth is manufactured in Saudi Arabia. It is changed every year. 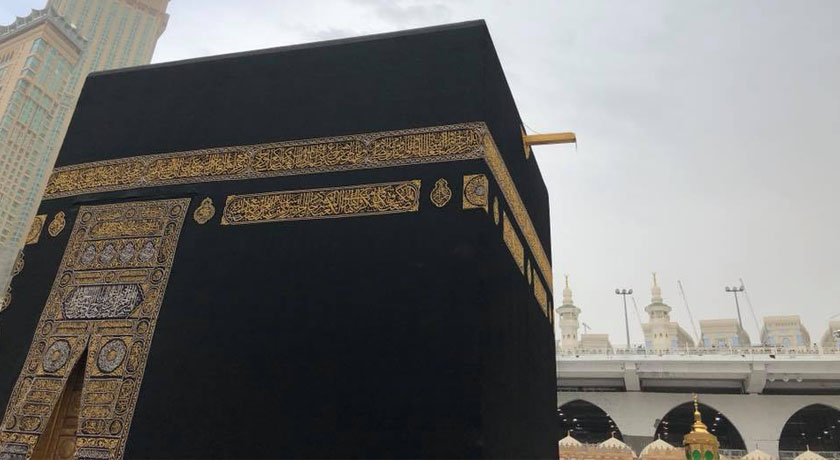 Kaaba is one of the oldest sites on Earth. Even before the advent of Islam, it was the place of worship for the people of Arab. Construction of Kaaba was first done by Prophet Ibrahim (AS) and his son Prophet Ismail (AS). As the Holy Quran says: –

“And (remember) when Abraham and (his son) Ishmael were raising the foundations of the House (the Kaba at Mecca), (saying), ‘Our Lord! Accept (this service) from us. Verily, You are the All-Hearer, the All-Knower’” (Quran 2:127)

Despite the fact that Prophet Ibrahim built Kaaba for the worship of Allah, the people of Arabs started occupying the Kaaba with idols for worship. When the Holy Prophet Muhammad (PBUH) spread the word of Allah and conquered Mecca in the 8th Hijri, he destroyed all the idols in Kaaba. While doing so he kept on reciting this verse of the Holy Quran: –

Ever since then the Holy Kaaba is being modified and altered due to factors such as protection from rain and flooding. Most importantly, the changes in the structure of Holy Kaaba have been done to accommodate the ever-increasing number of pilgrims that arrive in Mecca to perform Hajj around the Holy Kaaba.

It must be kept in mind that Muslims do not worship the Holy Kaaba. However, it is the symbol of the Oneness of Allah. Kaaba signifies the Supremacy of Allah, which is also the first pillar of Islam that there is no god but Allah. Muslims all over the world as the obedient slaves of Allah.

Kaaba holds great importance in Islam. It is the Qibla which means the direction that Muslims all around the world face while performing Salaat, the second pillar of Islam. It is hence, the uniting point for the Muslims.

Pilgrimage (Hajj) is the fifth pillar of Islam. All Muslims are supposed to offer pilgrimage once in their lifetime. This pilgrimage is offered around this holy place. When pilgrims arrive Mecca, they assemble in Haram Sharif and perform Tawaf around the Holy Kaaba. Muslims from all over the world unite in the same color to submit themselves to the will of Allah. The Holy Kaaba is the symbolic force of unity in Islam. Hence it has utmost importance for Muslims. Hajar-e-Aswad, the Black Stone, is set at the eastern side of the Holy Kaaba. When offering pilgrimage, Muslims try to kiss this holy stone. This is one of the most important sites around this.

Also close to Holy Kaaba is the well of Zam Zam. This miraculous spring of water has great importance in Islam. Muslims drink water from this well for all sorts of physical and spiritual benefits. The spring was gifted by Allah when Bibi Hajrah searched for water helplessly for his crying baby Hazrat Ismail (AS).

The Holy Kaaba is surrounded by the hills of Safa and Marwa. These hills also have great importance in Islam. Bibi Hajrah ran between these hills several times in search of water to quench the thirst of her crying baby, Hazrat Ismail (AS).

Things You Need to Know About 10th Muharram (Day of…