You know the feast and treat of sacrifice arrives when you see various animals in your street or passing an area nearby. Eid al-Adha is commemorated in the memory of our beloved Prophet Ibrahim (A.S) on 10th of Dhul Hijjah.

Mainly, the occasion of Eid Al-Adha – A Festival of Sacrifice marks the end of the annual Islamic pilgrimage “Hajj”. Muslims all over the world observe this event three days in a row.

Why Eid Al-Adha Is Marked As a Festival of Sacrifice? 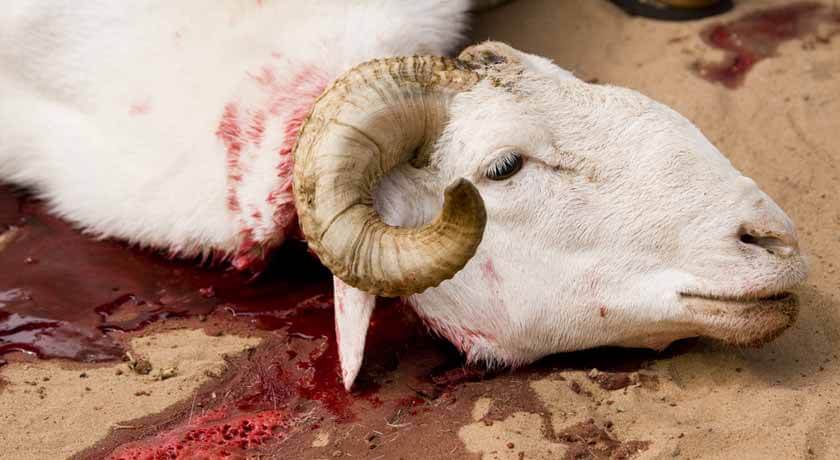 On this Prophet Ibrahim’s act. Allah revealed that his sacrifice has been already fulfilled. His utter faith on Allah proved to be the greatest inspiration for other Muslims. As he submitted his son’s life for the love of Allah. Celebration of the sacrifice was later named as “Eid al-Adha”.

How Is This Festival Celebrated by Muslims?

Just like Eid al-Adha Muslim first, offer Eid prayers in the morning by wearing new clothes and then greet other Muslims with wishes.

To symbolize an act of sacrifice. Muslims who are privileged to afford slaughter an animal which is known as ‘Qurbani. The Qurbani meat is then divided into three parts.

How do the Hajj Pilgrims observe This Festival?

Pilgrims in Makkah share this feast of sacrifice with other pilgrims. A night before Eid Al-Adha – A Festival of Sacrifice is spent in prayers. Next morning, after Eid prayers which are followed by a brunch, is sponsored by the center’s kitchen committee, featuring foods from around the world.

Then Muslims who have sufficient funds performs slaughtering of an animal (cow, sheep, and goat) and distribute to other Muslims who are poor. Another distribution is done for the friends and the third one is for you. After stoning of the devil, all Hajj pilgrims in a circle go to Grand mosque and offer final prayers and then continue to observe the remainder of Eid-al-Adha with their families.  On Eid al-Adha Muslims together sits down and hear a sermon based on the example of Prophet Ibrahim (A.S) who was willing to sacrifice his son.

The rest of the days are full of eating activities and special programs managed for children, family, and friends. Some Muslim organizations in America enable American Muslims to donate money for the purpose of serving the poor.

Avail I Link Tours Excellent Hajj and Umrah Offers and pay a visit to the House of Allah.

10 Days of Dhul Hijjah for Every Muslim to Know