Marriage is the purest bond between two people who are not of the same blood. It is not the joining of two bodies; it is the joining of two souls and of two different minds. Islam has placed great emphasis on the choice of a life partner. A lot of respect is placed on the matrimonial knot from those within it and from those outsides of it.

Marriage is a life-changing bond. The most essential component of marriage is the choice of the right life partner.

The Messenger of Allah (PBUH) said:

“Three groups of people Allah obliged Himself to help them; a warrior in the cause of Allah, a worker to pay his debt, and the one who wants to marry to live a chaste life.” (Tirmidhi)

Islam is a beautiful religion, which has acknowledged the rights of both men and women. A very common misconception pertaining to marriage is that women have no rights in the selection of a life partner and that the marriage should be arranged between families with not a word spoken between the two individuals.

Such school of thought is wrong. Such an important decision must never be forced.

Allah states in the Quran:

“Do not prevent them from marrying their husbands when they agree between themselves in a lawful manner.” (2:232)

Therefore, Men and Women both have the freedom to choose whoever they want to spend their life independent of anyone else’s wishes. 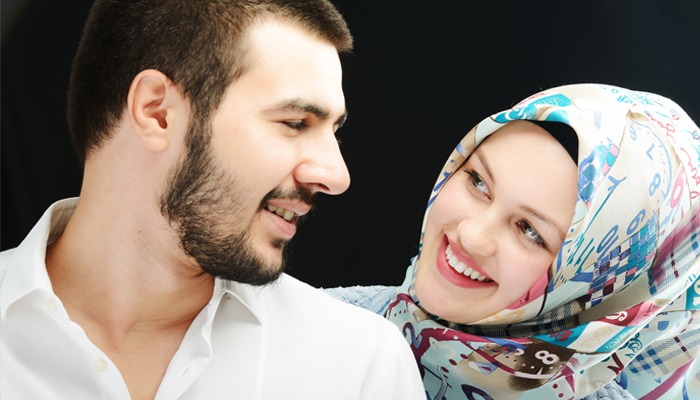 Islam places great importance on character. A pious and God-fearing Muslim will always live his or her life in agreement with the teachings of Islam. Therefore, such a person is always the best choice.

Islam is just religion, it acknowledges the choice of a life partner on the basis of appearance and wealth, but the decisive factor must always be the character of an individual.

The Messenger of Allah (PBUH) stated:

Through Thick and Thin

Once a person has selected his or her life partner, he or she must always remember that marriage is a pure bond. Respect and you will be respected; love and you will be loved in return. Marriage is synonymous with compromise. Some seasons the flowers will not blossom and the grass will not always be green. Marriage means supporting each other through the thick and thins of life. A person going into marriage must be made well aware of the tests in front of him or her.

To put it briefly, marriage is a pure and sacred bond. Islam has given both men and women the right to select their life partner. The decision must be made with a lot of care and thought; it should never be forced.