In Islam, Hajj is the fifth pillar of Islam which means intending to Holy Ka’aba to perform specific rituals as directed by Allah in Quran. This holy prayer is obligated over adults who can easily bear the expenses of travel and stay on this sacred journey. 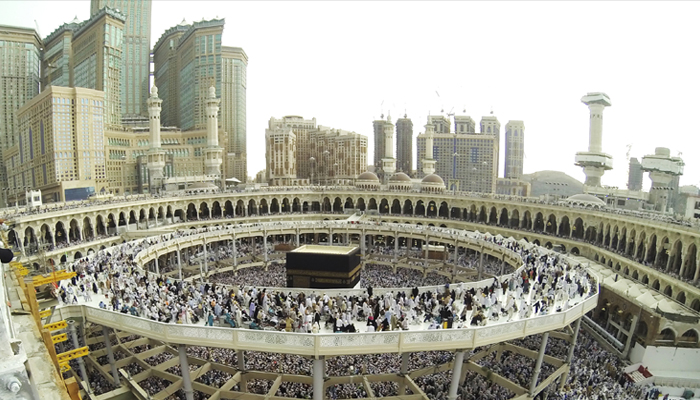 The order of performing hajj comes directly from Allah in the Quran.

“Hajj (Pilgrimage) to the House (Ka’aba) is a compulsion that mankind owes to Allah, for those who can find a way. And whoever disbelieves, and then Allah is beyond any need of all that exists”. –Aal e Imran: 197

Human life is filled with problems, worries, and trials. To rebalance it, humans strive to empty the accumulated negativities and invest in gaining positive energy. Hajj is the best way to get wholesome positivity in your life. This fifth pillar of Islam holds multiply hidden and open benefits for mankind and especially for the believers. We have selected some of the hidden benefits of Hajj that are concealed under the Quranic ayah of Surah Hajj.

Besides the unlimited personal benefits of Hajj that are known and hidden from the eye of believers, we will have a look at the secrets of Hajj that impact the Muslims as a nation. We have categorized some benefits into spiritual and social secret effects of Hajj. Read on to reveal those secrets;

The Foundation of Unity

This is surely an open secret as Hajj symbolizes the unity of Muslims on the universal note. It is the greatest manifestation of harmony and Oneness of Allah ﷻ. People of multiple ethnicities, backgrounds, and demography of totally different corners of the earth gather and perform the hajj rituals, reciting labaik and praying in only two pieces of white clothes –all of this conveys the exact message of Islam to the world. They all seeking one destination and acknowledge the power of Allah ﷻ denying all false deities.

Every Zilhajj of the lunar year, the immense and closely packed gathering of pilgrims reveals the accuracy of each word said by Prophet Muhammad ﷺ at the “Hajj atul Wida”, loud and clear;

“O People, surely your Lord is One, the father of all of you is one (Adam), No Arab is superior than non-Arab except for piousness.”

Ka’aba –the first house of Allah made by Adam AS and renovated by Ibrahim AS, is also declared as the forum for us where we all can gather, pray and feel the contact with the Creator. It is the most sacred place on earth and holds the greatest respect by all means in the hearts of the believers. In Quran, Our Lord mentioned, “And We made the House a pilgrimage for men and security”.

Indeed, it is the most secure place where the only rule followed is of Allah. The justice is maintained by removing all the differences of wealth, race, power, caste, and statuses and abiding the rituals on a similar note and following the similar dress code.

The Spirit of Islam

The pilgrimage i.e. Hajj represents the essence of Islam. Allah has declared the Holy ka’aba as a symbol of Islam so that every Muslim from all the corners of the earth can relate himself to this sacred place by offering prayers in its direction and establish a bond with Allah and His believers. This once in a lifetime obligation helps generate a strong message towards non-Muslims reveal the power and unity of Islam and its believers.

Hajj symbolizes the act of judgment day when the entire human race will be gathered and Allah’s rule will be established. This spiritual journey reveals the truth of the human ego that is nothing but a sham. It reveals the reality of this world to the believers.

Hajj is a journey of the soul that heightens the spiritual levels of the believers. A hajj performed with the truth of heart not only sheds all the sins of the pilgrim and is just an evolution of one’s soul. The pilgrim after performing the hajj attains the status of Hajji and gets the respect of the society as he was had performed the one true lifetime obligatory prayer at the House of Allah.