Who Built The Kaaba?

Kaaba is the most sacred place for Muslims on Earth. Hazrat Ibrahim and Ismail constructed the Holy Kaaba as a place of worship of Allah. However, over time, the pagans of Makkah deviated from the Guided Path and filled Kaaba with idols for worship. Pilgrims from different places would come to Kaaba to pay tribute to their gods. Pilgrims touch Kaaba in reverence to their gods.

When Prophet Muhammad (PBUH) conquered Makkah, he broke all the idols and cleansed the Holy Kaaba from falsehood. He rebuilt the Holy Kaaba as a place of worship of Allah.

From time to time, the Holy Kaaba underwent many modifications and refurbishments to accommodate the growing number of Muslims performing pilgrimage. From Umayyads to Abbasids, Ottomans to the government of Saudi Arabia, Muslims made their contributions to pay respect to the House of Allah.

When performing pilgrimage around the Kaaba, Muslims try to make the most out of the opportunity. They try to come as close as possible to the Kaaba, and Pilgrims touch Kaaba and make prayers with utmost humility.

Adorned with exclusive black silk cloth, known as Kiswa, with beautiful calligraphy in gold and silver engraved on the outside, the inside of Kaaba remains a mystery to the common person. The exclusive marble floor and colorful marble patterns characterize the interior of Kaaba. The area where Prophet Muhammad (PBUH) is believed to have prayed inside Kaaba is marked. Different stones with Arabic calligraphy inscribed adorn the interior of the Kaaba. The Kingdom of Saudi Arabia reserves the right to allow Muslim dignitaries worldwide to visit the inside of the Kaaba.

What is the Black Stone of Mecca?

Not only do pilgrims touch Kaaba, but they also yearn to touch and kiss the glorious Black Stone. As we unravel the Mecca Black Stone mystery, let us look at its history. Some historians believe it came to the world with Hazrat Adam (AS), and Allah sent it as a white stone. However, it turned black over time due to sins conducted in the world.

Another assertion is that Allah gifted the Black Stone to Hazrat Ibrahim and Hazrat Ismail while building the Kaaba. They were looking for suitable stones and rocks as they constructed the Kaaba and came across the Black Stone. They believed it to be a highly valuable stone and placed it in the corner of the Kaaba.

Also referred to as the Mecca Black Box, the Black Stone in Mecca’s name is Hajar Al-Aswad. Hajar in Arabic means stone, while Aswad means black.

What is the Black Stone of Mecca made of?

As pilgrims touch Kaaba and inch closer to the Black Stone, they feel mesmerized and overwhelmed. One of the rituals of pilgrimage is to touch and kiss the Black Stone. Even if one cannot touch it due to the crowd, one must wave at it from a distance and pay respect.

The eastern cornerstone of the Kaaba, the stone is a dark rock, and it has smoothened over time as millions of pilgrims have touched and kissed it. It broke into pieces during the Middle Ages. A silver frame secures the fragments of the Black Stone cemented together. It is approximately 12 inches in diameter and measures 5 feet above the ground.

As pilgrims touch Kaaba and the Black Stone, they realize how unearthly the mysterious stone is. So many centuries have passed, but today’s scientists fail to recognize what makes the Black Stone. Some geologists assert that it is a meteorite, while some describe it as a basalt stone, and others call it an agate or a natural piece of glass. One reason scientists have not reached a consensus regarding the content of the Black Stone is that it cannot be removed from its place for investigative purposes, given its immense religious significance.

Can you touch Kaaba during Umrah 2022?

When Covid-19 grappled the whole world, it sent waves of despair and gloom as people distanced themselves from each other. The Hajj and Umrah authorities enforced severe restrictions to ensure the safety of the pilgrims. However, pilgrims can now rest assured as all the restrictions wave off. Muslims worldwide can now book Umrah packages and make the most of their trip. Pilgrims touch Kaaba and make prayers to Allah with all their humility. Allah listens to the prayers and forgives the sins of those who perform pilgrimage around the Holy Kaaba. 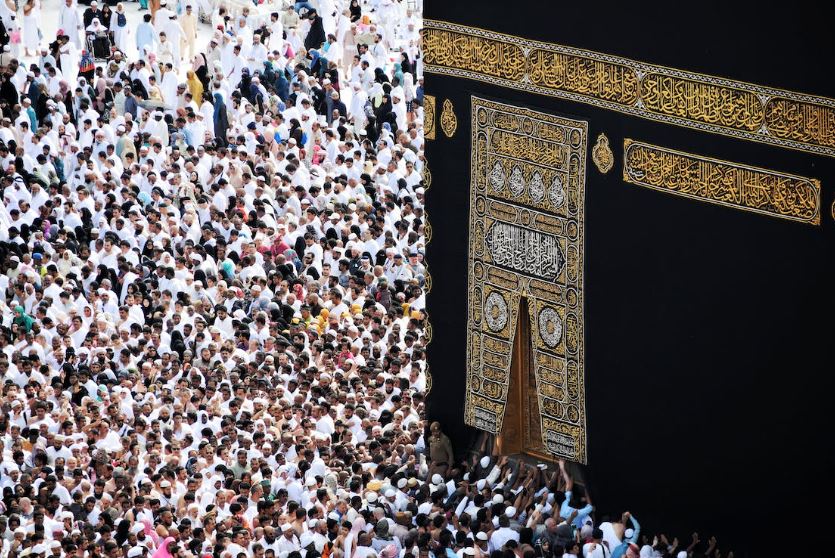 The significance of the sacrifice in Hajj

Some good and greatest signs of an accepted Hajj