This black stone holds great importance in the history of Islam. Hajr-e-Aswad, the black stone, is located on the southeast wall of the house of Allah. There are several narrations that confirm the background of the stone, but apart from all that they respect and the importance of the black stone remained the same. 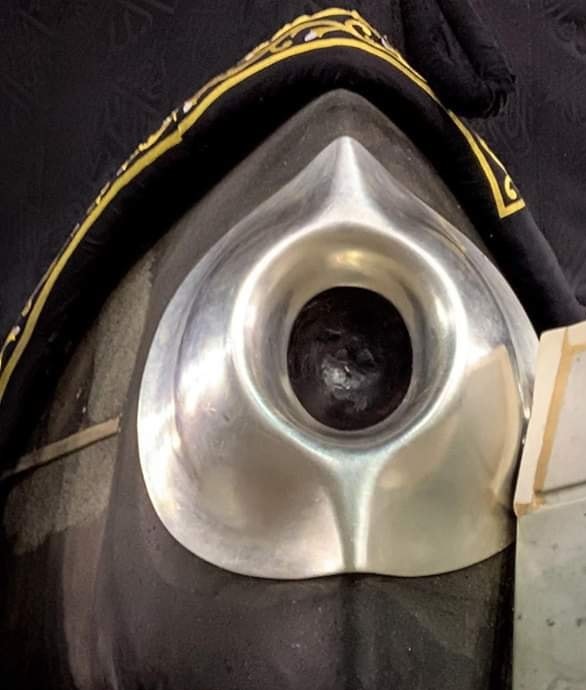 A narration in Tirmidhi proves that Hajr-e-Aswad is a stone from heaven and was whiter than milk, but it has turned black due to the sins of the sons of Adam. This proves that the stone was originally white, but the sins of mankind made it turn black.

Importance of Hajr-e-Aswad in Islam

Hajr-e-Aswad has got a lot of other facts to be noticed apart from it being the stone of heaven. Numerous hadiths of Prophet Muhammad ﷺ are related to Hajr-e-Aswad and its importance for the Muslims and Islam.

This hadith also defines the importance of the black stone. Here not only the stone is praised, but Prophet Ibrahim (Allah’s blessings upon him) is also praised and called the jewels of the heaven. Allah Almighty has hidden their radiance so that the world can remain in order and nature is not disturbed.

With all this information, we come to know that Hajr-e-Aswad has a lot of significance in Islam and for the Muslims. Thus, nobody can ever take Hajr-e-Aswad for granted as it will be the witness on the Day of Judgement about the faith of every person who kissed it.

Prepare for Ramadan in Shaban

Why Umrah is Important for Muslims?