Do you know that every year around 2 million people go to the holy city to perform Hajj? This becomes one of the obligatory pillars of Islam if one has monetary means. Not only money plays a role to envision a pilgrimage

To incorporate this program. The General Authority centers have been undertaking the Hajj statistics located at all entrances in Makkah and the other support centers are set up in Jeddah, Taif, and Madinah.

How Does the Counting Take Place of Hajj Pilgrimage Statistics?

On the first day of Dhul-Hijjah, the counting of the pilgrims begins which ends on the 9th day in the evening at 6.00 p.m. The centers are responsible for exactly count a total number of internal and external pilgrims filtered by means of transportation and number of the arrival. The process of counting is carried out by Gast’s employees.

In the year 2013. The number of pilgrims was restricted due to the construction going on in at the holy sites. In 2015 stampede of pilgrims happened resulted in killing 2,400 pilgrims. In 2007 almost 600,000 domestic pilgrims fulfilled the Hajj. 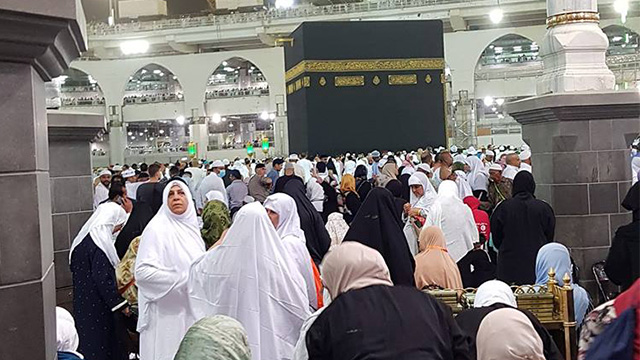 There is no single from which all pilgrim data is recorded. People all over the world come to Saudi Arabia to observe this pillar. The Hajj pilgrimage statistics vary in ages, education, countries, material resources and separate health needs.

In the previous year 2017, the number count was calculated on the basis of a dozen countries.

Annual Hajj Pilgrimage Statistics From 1995 to 2017 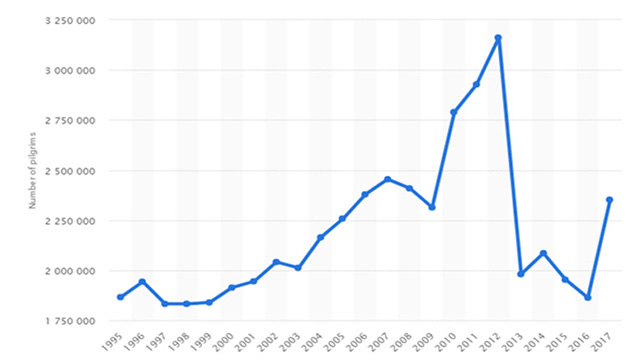 The counting process of Hajj pilgrimage statistics involves all individuals undertaken such as Saudis, non-Saudis, males, females that come to Makkah to perform this.

As a result of correct counting, the field of proper planning and services to pilgrims are prepared taking care of the pilgrimage needs.  The process takes place on an annual basis according to nationality, gender, and date of arrival.

In May 2018, The Ministry of Religious Affairs announced the names of 17,921  pilgrims as the supposed Hajj pilgrimage statistics in the second balloting. On March 1, in the first balloting, approximately 87,813 intended pilgrims were announced.

The Ministry of the Health of the Kingdom of Saudi Arabia has published the health requirements and recommendation for Hajj pilgrims and seasonal workers.

This year, it is predicted that Hajj 1439H will be taking place between 19th and 24th August 2018. Residents of Makkah and Madinah are also prescribed to undergo ACWY vaccine.

Health advisors in countries will also be providing health education to all the suppository Hajj pilgrimage statistics prior to travel.

Almighty Allah give everyone this opportunity to go for a blessed journey of Hajj.