Hajj is a celebration and commemoration of the sacrifices made by Prophet Ibrahim (AS). Allah made Hajj a fundamental pillar of our religion for anyone who is capable of doing it. However, if someone cannot perform it by virtue of old age, some disease, physical disability, or is no more in this world then some other person could be sent to perform Hajj on his behalf. This Hajj is known as Hajj Badal. 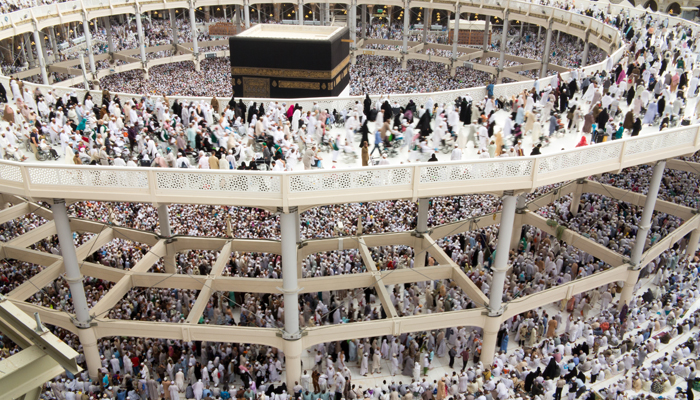 Why should Hajj Badal be performed?

Hajj Badal is a way of dedicating good deeds to others. If a Muslim dies without performing the obligatory Hajj then it must be executed by his children or heirs on his behalf irrespective of the fact whether he left any bequest or not. This is valid due to the statement of Allah’s beloved apostle Muhammad PBUH:

The person who is going to perform Hajj Badal is called Mahmoor and for whose sake he is doing Hajj is called Aamir.

Conditions for Mahmoor and Aamir

Mahmoor and Aamir are required to maintain certain guidelines and standards. The conditions for Hajj Badal are specified as follows:

Aamir is required to bear all expenses. In case of Hajj Badal for deceased, the relatives of the dead need to arrange for operating cost.

2.   Religion must be Islam

The person performing Hajj Badal should be a Muslim.

He should be mentally sane and sensible.

He must fulfill the condition of adulthood.

It is preferable that a person who has already performed his obligatory Hajj must be chosen for Hajj Badal.

6.   Intentions in the start of Hajj

He must make Niyaah on behalf of the person who sent him for Hajj Badal at the time of wearing Ihraam.

7.   Mahmoor is not allowed to appoint others

It is not permissible for Mahmoor to appoint someone else for Hajj Badal except for the approval of the person who initially appointed him.

Females are allowed to perform Hajj Badal for women or man.

If Mahmoor has been appointed by deceased’s relatives to perform Hajj, then he needs to perform the type of Hajj according to the desire of the person who sent him. (Hajj Tamattu, Hajj Qiraan)

Mahmoor is not allowed to perform Hajj for himself. Neither is he permitted to do Hajj Badal on behalf of two people.

11. All steps of Hajj to be performed

It is obligatory upon Mahmoor to not miss any Fard part of Hajj otherwise, he will be sinful.

It is not allowed for Mahmoor to have the intention of earning money by performing Hajj rather his aim should be helping others to earn good deeds.