Zakat is one of the five pillars of Islam. In the Holy Quran, Allah commands Muslims who are eligible for Zakat. It refers to a certain proportion of wealth that Muslims must pay annually to the poor and needy. Zakat helps in the circulation of wealth from the rich to the poor. The literal meaning of Zakat is “to increase” or “grow”. It is a promise made by Allah that he multiplies the wealth of those who spend for the cause of Allah.  By paying Zakat you cleanse and purify your wealth from greed and stinginess. Those who do not pay Zakat and hoard wealth deny the rights of poor people in society. Such people anger Allah. They face severe consequences not only in this world as well as hereafter. 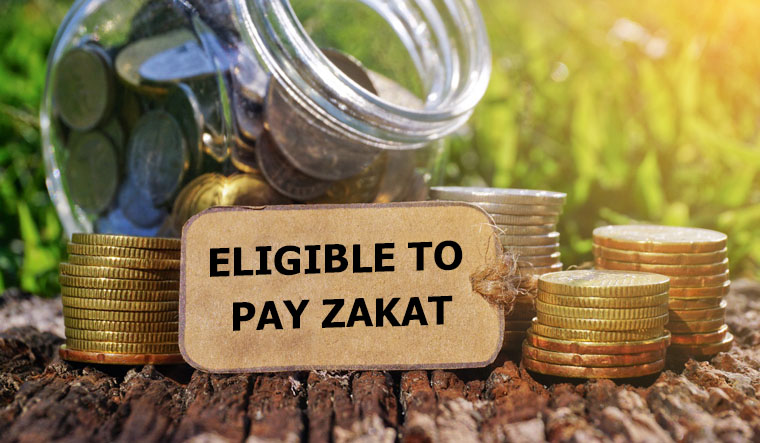 Zakat is calculated at the rate of 2.5% of specific assets as per Islamic law. It is obligatory upon every Muslim who owns wealth greater than or equal to a certain level known as nisaab. Nisaab is equal to 613.35 grams silver or 87.49 grams gold. In order to qualify to pay Zakat, a Muslim must meet the following criteria: –

Following are the people who are eligible for Zakat: –

Zakat is to be paid to the poor people of society who do not have sufficient resources to fulfill their basic necessities.

These are the extremely poor and needy people who barely are able to sustain themselves.

Many NGOs work to collect and distribute Zakat among poor people. You can give your Zakat to trusted organizations.

Sometimes people who convert to Islam are abandoned by their family and society. The Muslims who are capable must help such newly converted Muslims by paying them Zakat.

Although slavery is not that common in today’s world, but still in some parts of the world humans are captivated and detained as slaves. Such slaves are also eligible for Zakat. You can pay Zakat to free those slaves.

If you know someone who is indebted but he is not capable of returning it, such a person is also eligible for Zakat. However, ensure that the money he borrowed was not used for any unislamic purpose.

Those who are traveling to someplace where they do not know anyone and are in need of help, they are also eligible for Zakat. Likewise, refugees are also entitled to Zakat who leave their homes and all their belongings in search of a safer place.

People who are spreading the message of Islam are also entitled to receive Zakat. Similarly, those who are fighting for the cause of Allah are also eligible for Zakat.

Historical Places to Visit in Makkah During Hajj