Blessings Prophet Muhammad ﷺ – the noblest and best man who ever walked on Earth, the whole Ummah follows his Sunnah as Allah ﷻ rewards the persons who follow His messenger’s actions. Every Muslim considers it as a key to Jannah. Not only his intellectual thinking but his physical actions were also being noticed throughout his life by his companions and passed on to Ummah as a benchmark and a sign of perfection. 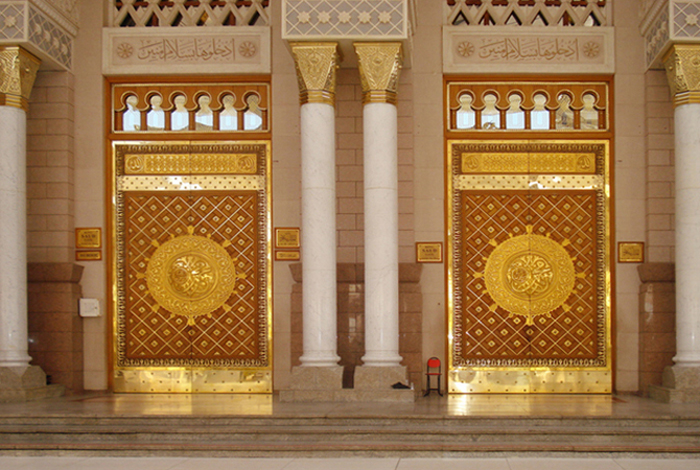 It was usual practice of most of the Prophet’s ﷺ Companions to preserve traces and relics of Hazrat Muhammad (S.A.W) and to draw benefits and certain blessings from them. Whenever they needed relevant, required assistance and instruments of meditation they offered those traces to Allah ﷻ. Quran itself has verified this very fact in different forms. The Sahaba (R.A) collected certain things during Prophet’s lifetime, such as a hair of his beard that washed out during ablution, the water used in ablution by Prophet ﷺ. They show their respect through touching his pulpit, wiping his Wudhu water over their faces and often used to fight on leftover water after ablution.

Considering the relationship of Prophet ﷺ with his companions was truly based on absolute pure love, sincerity, and respect. This reference also shows that Prophet’s companions (R.A) believed to found cure in his traces.  It is also said that Khalid bin Waleed fought for the blessed hair of Prophet (Peace be upon him), the tabi’een also used to seek blessings by preserving Prophet’s (PBUH) relics in a respectful manner. It is penned in Thabit al-Bunaniy that he went to see Anas Ibn Malik just to kiss his hands and said: “These are these hands that touched the Prophet ﷺ.”

When the relationship between the Prophet and the Companions is seen in the light of Quran, the two dimensions to the obedience can be seen,

Such bonding between Prophet (PBUH) with his companions justifies the reason for keeping his traces and for such huge love for Prophet (PBUH).

The actions that fall under the scope of this verse include matters like his companions never addressed anywhere in a gathering before He ﷺ, didn’t cross his way without his consent, and didn’t eat their meal first when they joined Prophet Muhammad. Several actions like these show that people around Prophet ﷺ stayed extremely obliged and respectful in front of Allah’s Apostle.

Preserving Prophet’s relics was an act of love and respect by Sahaba and a belief that these things come with a lot of blessings at the time. Sahabah used to seek blessings from Prophet’s leftover ablution water, used clothes and other personal items. However, a fake trend has set where people display forged items and impute them to Allah’s Apostle ﷺ. Even there are people who prostrate before them –this is absolute biddah and the practice shouldn’t be followed.

Hajr-e-Aswad –The Stone of Heavens

Prepare for Ramadan in Shaban