Madinah Al Munawahrah, a city of peace and serenity where numerous memorable and archeological spots beside several Islamic battle sites are found. The city chosen to be the abode of the Leader of the Prophets ﷺ and the Greatest of all mankind could never be just like any other ordinary tract of land. That is why the city of Madinah is blessed. Pretty much as the soil of Madinah is sacred, similarly, the skies above Madinah are also blessed. 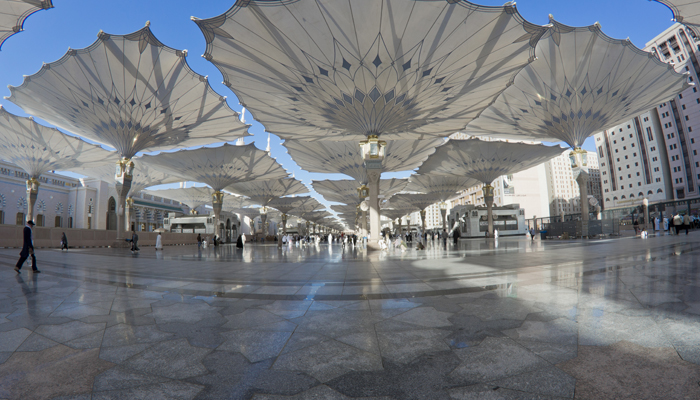 This the second holiest shrine in Islam, and unquestionably the best fascination in the city of Madinah. He ﷺ himself participated in the construction of this mosque and called it ‘My Mosque’. The inside of the Prophet’s Mosque is striking, above all, for the sheer crush of humanity. Prophet PBUH mentioned:

Prophet ﷺ was buried in his house which adjoined the mosque at that time. Over centuries of mosque expansion, that area is now within the mosque walls.

The heart of the mosque house an exceptionally unique yet small area named as ar-Rawdah an-Nabawiyah, which reaches out from Prophet Muhammad’s ﷺ tomb to his pulpit. Pilgrims endeavor to visit and pray in ar-Rawdah, for there is a convention that supplications and pleads expressed here are never dismissed. 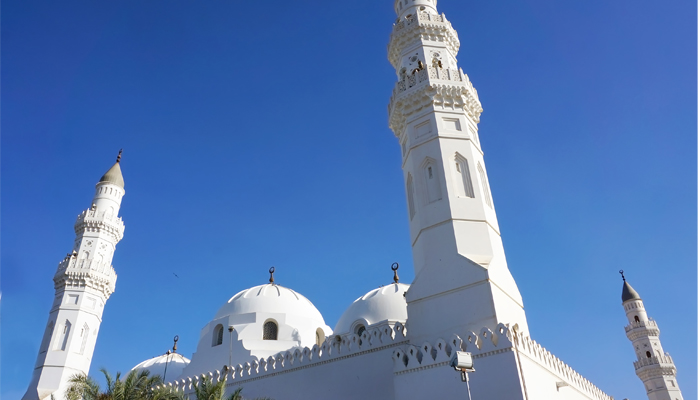 The first mosque in the history of Islam is Masjid e Quba. It is the oldest Mosque in Islam, having been established by none other than Muhammad ﷺ upon his journey from Mecca to Medina.  The current structure was built after the original mosque was torn down. The name for Quba Mosque is originally taken from the place itself. To the North of Madinah is situated the mountain and plain of Uhud, where Muslims fought with the Makkan militia in 625 A.D. The love of this mountain has been witnessed in one saying of Prophet Muhammad PBUH:

What a privilege for Mount Uhud!

At Uhud, one locates the graves of the martyrs of Battle Uhud. Among them is the grave of the Leader of Martyrs Hazrat Hamza AS. The graves are inside a cemented boundary of walls having glass windows to ease the view of the visitors.

It is the cemetery of Medinah where around 10,000 Companions of Prophet Muhammad PBUH including Hazrat Usman, Hazrat Abbas, Hazrat Imam Hassan and wives and daughters of Prophet PBUH are buried.

On judgment day Prophet PBUH will be the first person to stand up from grave followed by Hazrat Abu Bakr RA and Hazrat Umar RA. Afterward the inmates of Baqee’ will proceed.

These are few significant and must-visit sites of Medina. It must not be a ‘mere tour’ rather the motive should be to revive the Iman within ourselves. We should return with a great wealth of Iman, esteem, reverence, and love for our Prophet Muhammad ﷺ and Sahabbah (AS).

According to one saying of Prophet Muhammad ﷺ:

“There is no piece of land in this entire world more beloved to me that I will be buried in, than Madinah Munawwarah” (Muwatta Maalik, pg. 478)